Get fresh music recommendations delivered to your inbox every Friday.

by Citizen Sound and Ammoye 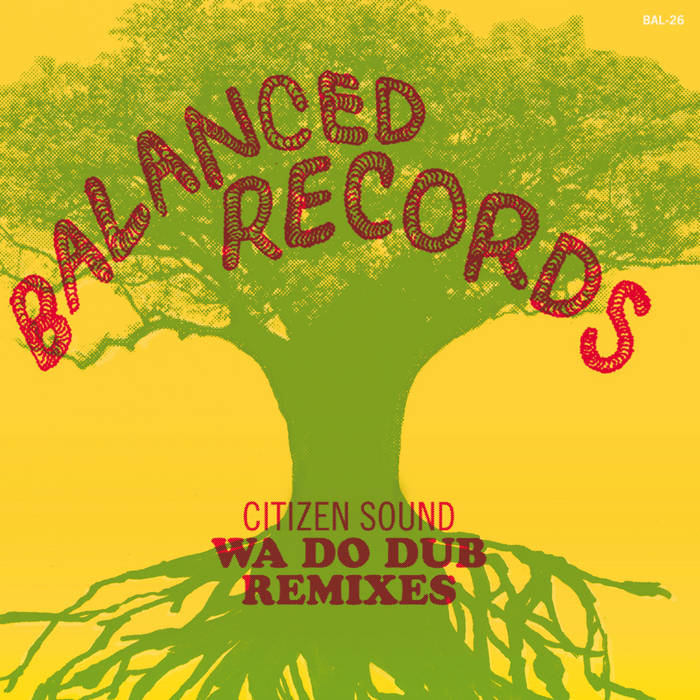 Wa Do Dub feat. Ammoye is the opening track on Citizen Sound's self titled debut album. Reaching back to the roots of dub producer Aram Scaram pays tribute to the melody of Eek-A-Mouse's 'Wa Do Dem' produced by Junjo and Joe Gibbs. Backed by Andrew Thompson on guitar, and Richard Underhill on saxophone,  the unmistakably smooth vocal styling of Ammoye brings this classic riddim up-to-date. Reaching out to his friends in London & Germany, J-star, Wrong-Tom & Aldubb have produced three distinctive remixes completing this exciting remix ep released on Balanced Records.

Citizen Sound is the production moniker of Toronto-based DJ and producer Aram Scaram. In addition to his work in the studio, Aram is the co-host of Version Xcursion, a weekly Saturday night radio show that has provided Toronto with some of the most ground-breaking dub for the past 13 years.

Aldubb is the resident sound-engineer at Planet Earth Studios in Berlin, where he records, produces and mixes all his music. As one of the busiest dub remixers in Germany, he is responsible for outstanding pieces of sound treatment. His productions all have a special sound based on a huge collection of vintage gear combined with 21st century production techniques. Beside engineering and dubbing he is the drummer in the band playing with Jah Seal and Ras Perez. One-Drop Music releases regular collections of his works as "Dub Files". 2010 saw the release of his first Solo-album "Let There Be Dub". He recently remixed for The Senior Allstars and the Echo Beach label. One-Drop Music has also released the debutalbum of Sattatree and the first 10 Inch by Braintheft - both exceptionally fine bands from Berlin!
Aldubb deconstructed and rebuilt it into a deep steppers with a dubstep wobble bass. Heavy bass for heavy dancing!

Wrongtom is a record producer and dj from South London, now residing in the not-so-trendy reaches of the east end, he spends his days playing with tape echo and watching B-movies in his makeshift studio hidden away in a converted nunnery. Having remixed the likes of the Clash, Dub Pistols, Roots Manuva, Phantom, The Nextmen, Kid Kola, Rodney P, Pama International & John Browns Body, Tom delivers a dancehall rework of Citizen Sound & Ammoye's "Wa Do Dub" featuring his old bandmate and cohort Deemas J on mic duties.

J Star struck gold with his blends of reggae instrumentals & hip-hop accapellas released on limited 7 inches. Having found their way into the bags and sets of every dj worth their salt including Grandmaster Flash, Norman Jay, Francois K and the late great John Peel they have been causing a stir in clubs worldwide.
As well as these great mashups he has been kept busy remixing tunes for DJ Vadim, Madness, Sonny J, Ursula 1000, Black Grass, Kid Kanevil, Sola Rosa and more.. In the continuing development of his sound, Jstar produced this synthed-up d&b monsterremix, inspired by recent travels with NZ's Shapeshifter and the Hospital Records crew!

Ammoye
Ammoye, named after the Italian word for Love, is a Jamaican born multi-genre vocalist. Her voice draws listeners in, and the power of her lyrics holds them as she effortlessly sings about Life, Love, and Justice. After completing high school, she moved to Toronto and began using song to mobilize others and cultivate music in the community. Between regular touring, Ammoye spends her time in the studio on solo work and in collaboration with others. Influenced by reggae, rock, hip hop and soul, Ammoye has worked with Juno award winning artists Dubmatix and Michael Buble, as well as Kreesha Turner, Corey Lee, Anjulie and Calibur of Najjah's World, and others including Rise Ashen for their debut release Haffi Win on Balanced Records.

Bandcamp Daily  your guide to the world of Bandcamp